The European authorities have taken a wide range of unlawful methods to put a stop to the anticorruption activity of Mr Andrei Sumar, including attempts to bribe, attacks with poison, charge of crime involving harassment which in fact is based on perjury. Some specific circumstances indicate that the European Commission is behind these illegal acts. It would appear that the European Commission has hired a killer to solve the problem once and for all and cover up all the corruption offences inside the EU institutions. In the case described below the killer failed to do his work and was even captured on video, which is a very rare occasion indeed. Here are the details of incident:

In December 2018 the owner of the flat in which Mr Sumar lives sent him several SMS to arrange a visit by a gas engineer. Here a text of one of these SMS sent on 13 December (translated from French):

“Good evening Andrei. The gas engineer will come tomorrow as of 9:00 o’clock. Could you let him in? He had been working at me today. I have already paid for his services. Thank you.”

The fact of payment which was already made would require Mr Sumar to let the gas engineer in.
It should be noted that all these SMS disappeared from the telephone of Mr Sumar subsequently, but he did not delete them himself. That indicates that the European secret services could be involved in this case, and they were seeking to wipe out all evidence. As in a similar case of SMS received having disappeared previously, Mr Sumar makes screenshots of the SMS after receiving them, to have evidence readily at hand.

In the morning of 14 December 2018, an individual came to the apartment of Mr Sumar located in Saint-Gilles municipality of Brussels. The visitor introduced himself as a gas engineer and said that he had to check whether the gas equipment was working properly. During the small talk the visitor said that he had been working for a year for his company called “Domosos”, and that he needed 2 hours to inspect the equipment. Mr Sumar allowed him to start the work and meanwhile asked the visitor where his company is located in Brussels.
“In different places,” - the visitor replied.
“What is the exact address of your registered office?” - Mr Sumar asked.


After a pause, the engineer said: “I don’t know.”
“Well, you have signed contract with your company, you are getting salary regularly, and you don’t know the address of its registered office?” - Mr Sumar insisted.
“I don’t know,” the visitor replied.
“But do you at least know the last name of your manager?”
The visitor did not give the manager’s name.
Soon after that the “engineer” got a call. He told the person at the other end: “Here they are asking me a lot of questions, about the office address.” Apparently, the “engineer” received instructions over the phone, and he grabbed his toolbox and rushed to leave the apartment. Mr Sumar exclaimed: “Where are you going? I am not kicking you out!”, but the “engineer” ran away.
Mr Sumar managed to film this individual.

Multiple elements of empirical evidence have convinced Mr Sumar that hidden cameras have been planted in his apartment. When the planners of this action saw that the visit was not going according to their script, they phoned and ordered the “engineer” to leave the place.
Ten minutes later Mr Sumar got a call from the owner. The owner said that the “engineer” left because Mr Sumar asked him personal questions. The owner asked Mr Sumar to delete all the pictures of “engineer” from the phone, otherwise the police would come and Mr Sumar would have a big problem. The demand to delete the pictures was repeated three times.
Mr Sumar replied that personal questions are for example like “what is your wife’s name” or “where do your children go to school,” and that he did not ask any such personal questions. He just asked questions that the engineer is required to answer. Mr Sumar refused to delete pictures.

A couple of weeks later the owner came to Mr Sumar’s apartment with a real gas engineer. This engineer completed the inspection within 15 minutes. Asked by Mr Sumar about the 2 hours that someone pretended to need to do this job, the engineer replied: “Two hours? There is nothing to do here to this equipment for two hours.”
Mr Sumar also asked the owner to confirm if the same visitor had done work at him, as claimed in his SMS. Amazingly, the owner refused even to look at the pictures on the phone, he exclaimed: “Do not show me the pictures! I had never seen this person before!” It is quite clear that the owner had been manipulated by a secret service. He confirmed a cover story for the “engineer” by sending SMS to Mr Sumar, and was also forced to call Mr Sumar and ask him to delete the picture of the visitor.

It should be noted that this incident took place several days before arrival of Mr Sumar’s family in Brussels. It can be assumed that the visitor would tinker with the gas equipment which would lead to gas accident. Such an accident would enable the European Commission to “close the case”, as no one from Mr Sumar’s family could be able to call for an investigation of the accident.

Mr Sumar contacted “Domosos multiservices Company”, but their spokesperson refused to identify the “engineer” on pictures. “Domosos” was most likely leaned on by a European secret service too.

Mr Sumar filed complaints for this incident with the police, the Crown Prosecution Service and the “R-committee” which is competent for supervising the activities of the secret services of Belgium. None of these services has not taken any action to find the alleged killer who pretends to be a gas engineer.

Here are the pictures and video footage of “gas engineer”: 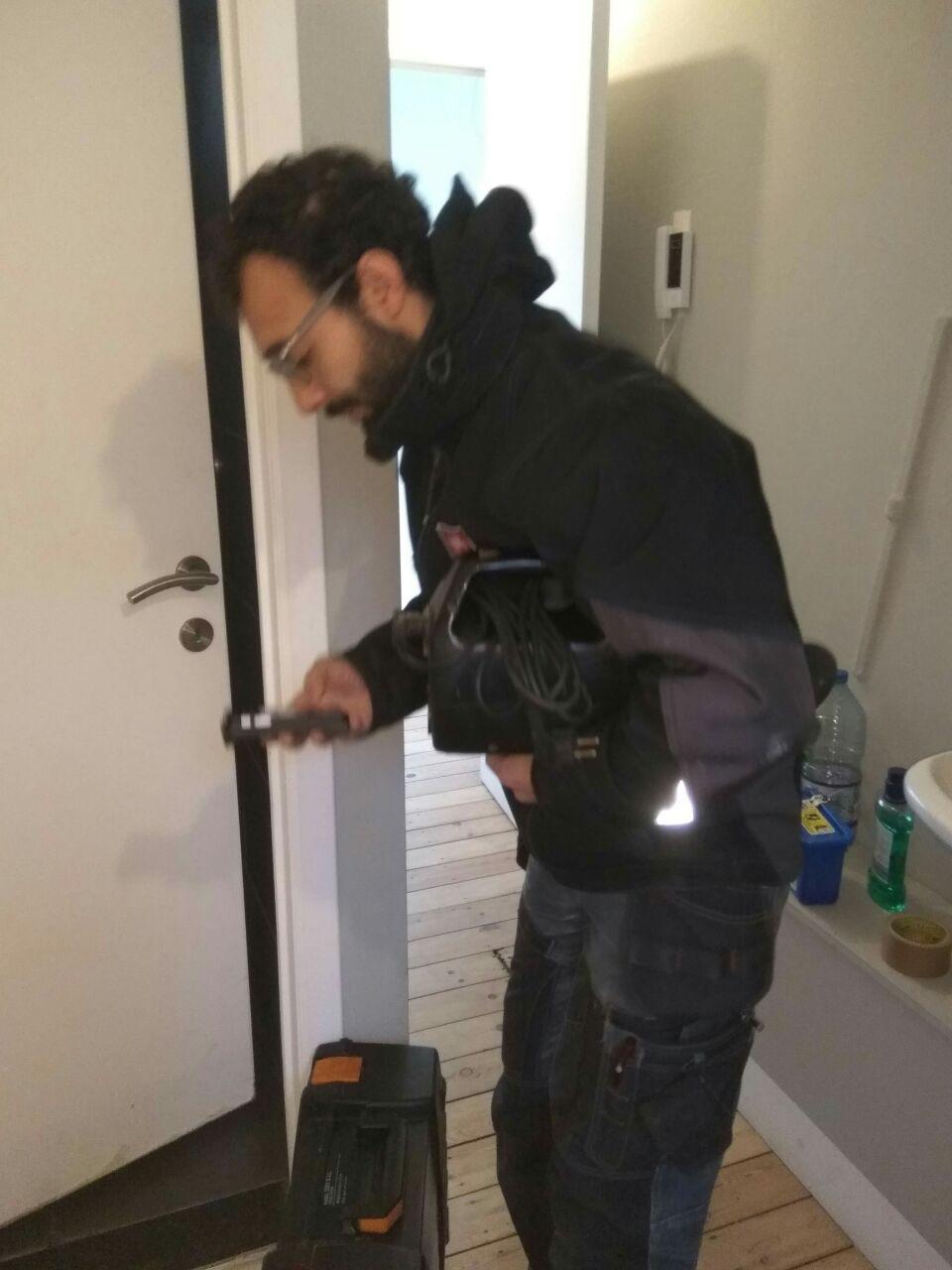 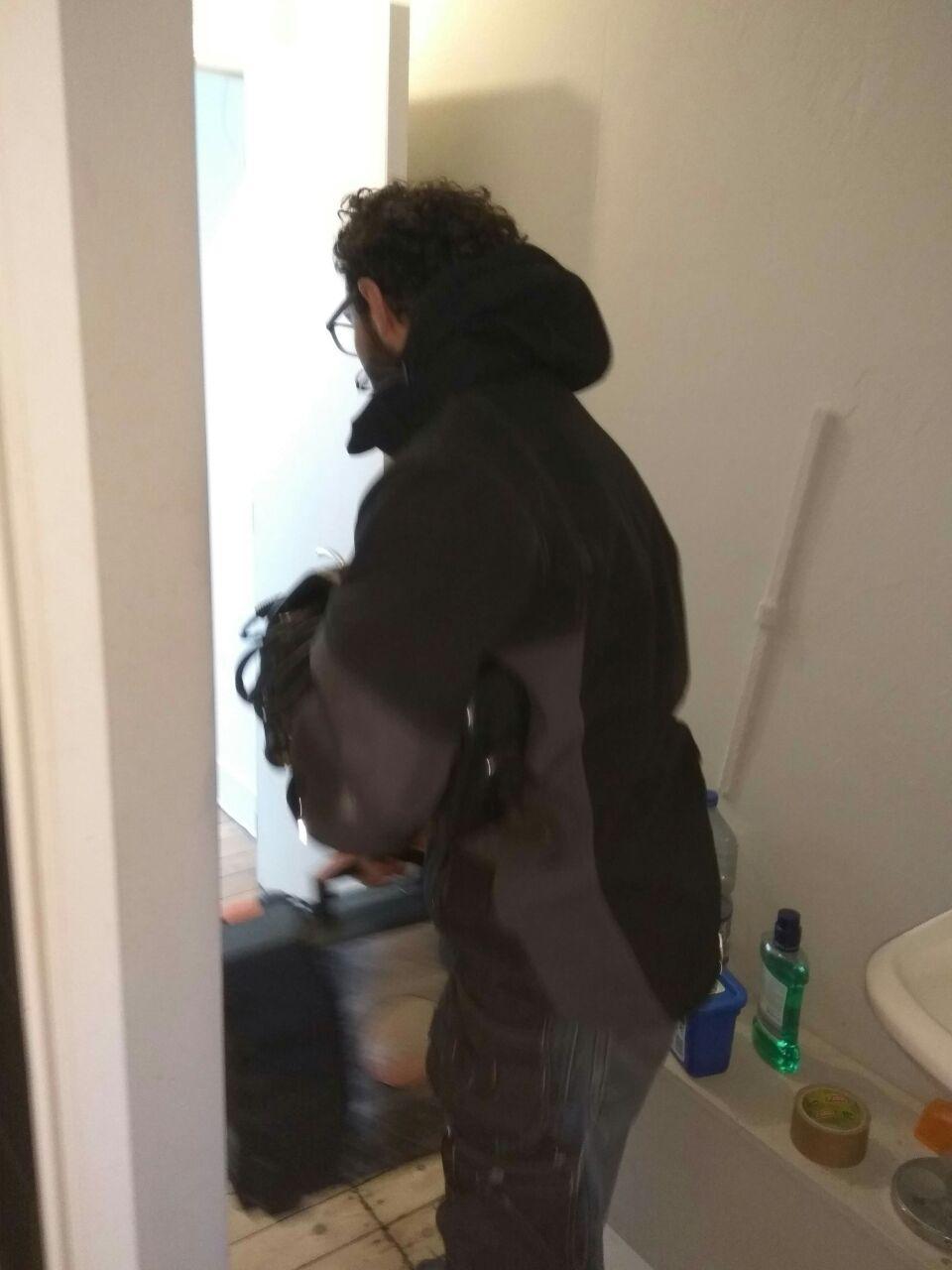